I`ve always been an huge fan of Ricky Walters a.k.a. Slick Rick ever since I first heard "Children`s Story" back in `89! Even as a young buck I thought he had some iLL storytelling abilities. That`s definitely something that I think helps keep an emcee entertaining & gives `em more replay value. Just peep tracks like the previously mentioned "Children`s Story", "Indian Girl", "Behind Bars" or even "Adults Only" -- very entertaining indeed....LoL, anyways I was bored a few days ago & decided that I`d put together a lil` mix of some rare & unreleased Slick Rick joints as well as a few of my fav` Ricky D tracks. So here`s what I came up with, nothing special but definitely worth a listen if you`re a BiG Slick rick fan. Gotta BiG~uP Roy Johnson from the Bust The Facts Crew for a whole lot of the unreleased tracks & the folks from over at TiMe 4 SuM AKSioN for a few of the rare 12" joints as well, thanks a lot fellas truly appreciated...

Yeah I`ve dusted off a few CRU joints since I`ve found that 'lost' harddrive, I may as well share this one while I`m at it! Now keep in mind most of the files on said HDD are 25 or so years old, this one`s only in 192 sound quality wise unfortunately, but hey it is what is simply is. Not 3D-HD enough for ya? Carry on my friend.......LoL, I`m just happy to be able to access these files after all these years! Anyway as with most CRU tracks Yogi handles the production on both songs featured on this promo 12 inch single released back in 1997 by Rush Associated Labels. "Lisa Lipps" is the more upbeat of the 2 joints on this 12 inch album promo. I know that there were a few kats that laughed seeing Lisa Lipps & 12 inch promo in the same sentence, `80's & `90's babies stand up.......LoL 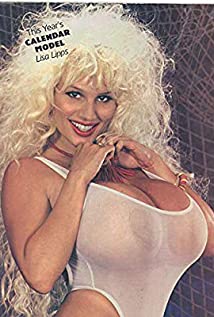 In all honesty & I`m only guessing here, this "Lisa Lipps" joint sounds as tho it all came together after a good solid Rhythm Blunt session -- at least to my ears anyway. It just sounds as tho The Mighty Ha is straight free~flowin` off the top of the dome after vibin` to the beat while on that extremely nice previously mentioned Rhythm Blunt session. "Wreckgonize" is definitely the darker of the 2 tracks on this 12 inch & features an opening verse from the late & underappreciated Harlem emcee Black Rob. The song`s production is solid & definitely captures the vibe of the lyrics, all 3 verses are great! However the hook to me is kind of lazy yet surprisingly still sort of works with everything else. Remember kids, "Carlos The Basehead is lurkin`..." word to Yogi`s second verse! You get the Dirty, Clean & Instrumental versions of each song on this promo so go `head, check it out & enjoy... 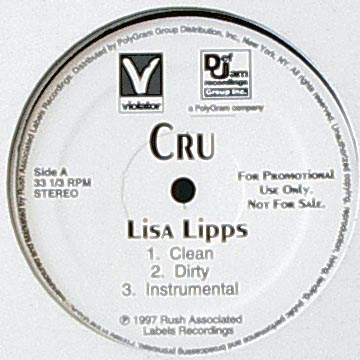 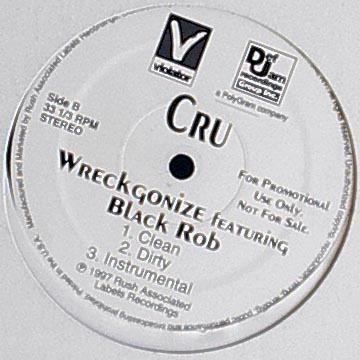 Got another CLaSSiC 12 inch single to share with y`all from CRU, released in 1997 on Violator Records. Both songs on this single are from CRU`s debut album "Da Dirty 30", highly recommend that ya give it a listen! So you`re not gettin` anything exclusive to this 12 inch release unfortunately. With a total of 5 tracks you`re gettin`; "Bubblin`" Radio, LP & Instr. versions & also The Lox collabo` "Live At The Tunnel" Radio & LP Versions. It would`ve been much better if they included the video version of "Bubblin`" instead of this Radio version because the video`s got alternate lyrics instead of just the lazy edits, but whatever. Yogi handles the production on both tracks, The Lox do their thang on "Live At The Tunnel", but I`m still DiGG`n "Bubblin`" after all these years. Excuse some of the pops & clicks, not the best quality rip but it is the only one that I have. Either way check it out & enjoy... 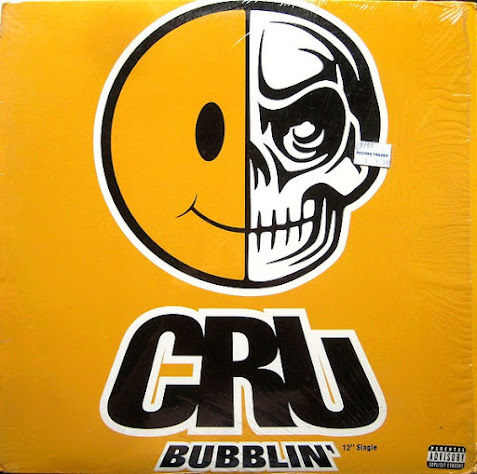 Recently found this 'mixtape' CD on that 'lost & newly found hard-drive' that I`ve been talkin` about in a few of my previous posts. DJ Kay Slay & Foxy Brown together on a mixtape...what`s not to like about that? I`m not even going to lie, now in 2022 I miss Foxy Brown in HiP HoP! My teenage`D self has always had a crush on her ever since I first heard her verse on that "I Shot Ya [Rmx]" so there`ll definitely always be a spot for her in my musical rotation. I was kind of surprised when I found this joint because to my knowledge Foxy hasn`t really done a whole lot of mixtapes, so this was a nice little find. This 'tape' isn`t rare, at least to my knowledge anyway however there`s definitely some tracks on here that haven`t seen retail releases so that makes it worth a listen fo` sho`! With that being mentioned, I couldn`t help myself but to put a little HeRBaN DeLuXe VeRSioN touch on to this one. I didn`t like how the tracks were split on the original files because it cut off & didn`t flow naturally on a lot of tracks, plus they were too low volume~wise. So I boosted up the volume, did some cutting, pasting & mixing to make things flow smoother. As well as separated the interludes between the tracks to make it easier to listen to if you wanted to skip tracks...
This project served as some double promo for Foxy`s "Ill Na Na 2: The Fever" (seeing as how there`s a few joints off that unfortunately never officially released album; "Open Book", "I Need A Man" & "Fan Love") & DJ Kay Slay`s "Streetsweeper Vol. 1" album, genius maneuver in my ears anyway. Aside from the Nate Dogg appearance on 50 Cent`s "21 Questions" & the Bun B & Jadakiss collabo` "Dope Game" this 'mixtape' is pretty much an East Coast affair. Things open up with a little intro from Foxy before she busts into a nice but short freestyle that leads into her "Open Book". It`s a Dipset thang with "Drama Gang, Drama King"; Cam`, Juelz & Jones bring it solid. Mobb Deep follow things up with "Serious", a darker lil` flip on Grandmaster Flash & The Furious Five`s "The Message". After a bit of a shit talkin` interlude comes the Foxy Brown & Rah Dolla collabo` "Beef Pop Off". Can`t say I have heard any other Ra Dolla songs, but he does his thing on this joint...
After another interlude Remy Martin displays her skills on the Raekwon assisted "Respect Mine". The only Southern contribution comes from Bun B`s "Dope Game" featuring Jadakiss, as expected neither one of these emcees disappoint. Foxy drops a couple freestyles before she gets to introducing "I Need A Man". 50 & Nate Dogg close out the 'A Side' of this tape. One thing that I have always respected about DJ Kay Slay was that he always kept it Hip Hop & didn`t take sides, as you can see with the inclusion of "Magic Stick". Only a fool wouldn`t know just how much Foxy loves Lil` Kim....LoL, regardless of who may be featured on Ginuwine`s "Hell Yeah [Rmx]" I can`t front it`s not too shabby. The first single "Too Much For Me" off Slay`s "Streetsweepers Vol. 1" features Foxy Brown, Nas, Baby & Amerie. After another shit talkin` interlude from Foxy comes "Fan Love" followed by a freestyle. Vita brings "Take You Away" to the table, it`s decent. Where`s she at anyway? "Hotta This Year" is an exclusive joint for this project, I definitely dig the island vibes on this one! Connecticut`s House Of Reps deliver "This Life", a solid tune with an gritty underground vibe. Bristal brings his self-proclaimed 'club banger' "Get It" & reps Bed-Stuy nicely. Things on this 'tape' end out on somewhat of a weak note, my opinion of course, with Fox-5`s "Turn It Out"... 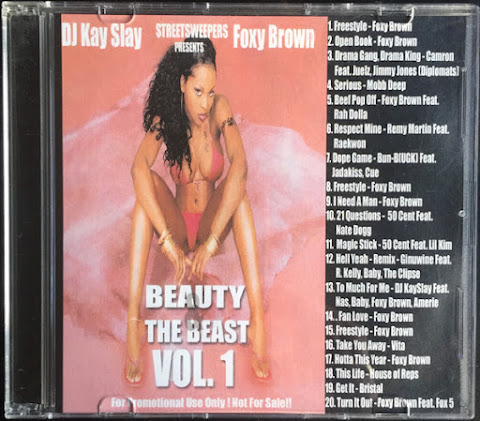 After numerous requests from plenty of folks over my many years of inactivity upon this blog & now just recently finding an external hard-drive with this joint on it, it was only fair to make sure that I shared it with y`all. I can`t recall where exactly I got it from file~wise, the HD is over 26 years old. It`s not my rip, so unfortunately it`s only in 192 -- no high definition ish here. However I did BuMP uP the volume on a few tracks for listening`s sake because they were crazy low. HSD were either PuFF`n Trees in the high school bathroom, comin` late or just straight skippin` class. The High Skool Drop-Owts consists of members Marc Tha Murderah & Meen Green. They are most definitely more on the 'underground' tip, reppin` the L.A. scene. Their Freestyle Fellowship association shows just how much ReSPeCT they hold because they take this Hip Hop ish serious! Back in 1997 HSD put together an EP titled "Lungs Like A Rasta" that was unfortunately only ever released on vinyl thru Beats & Rhymes Records. The EP itself consists of 8 songs & 1 instrumental; featuring production from Fatjack, J. Sumbi, The Nonce & M.D. Himself with the lone guest appearance by Ganjah K. Sadly as I repost this music for y`all I just came across another lesser know loss to Hip Hip, that`s right Darrin "Meen Green" Johnson passed away August 14, 2020 from Cancer...

Here`s a clip of the Meen Green tribute that Patchwerk Records owner Curtis Daniel III put together, you can few the full 90-minute tribute here.... 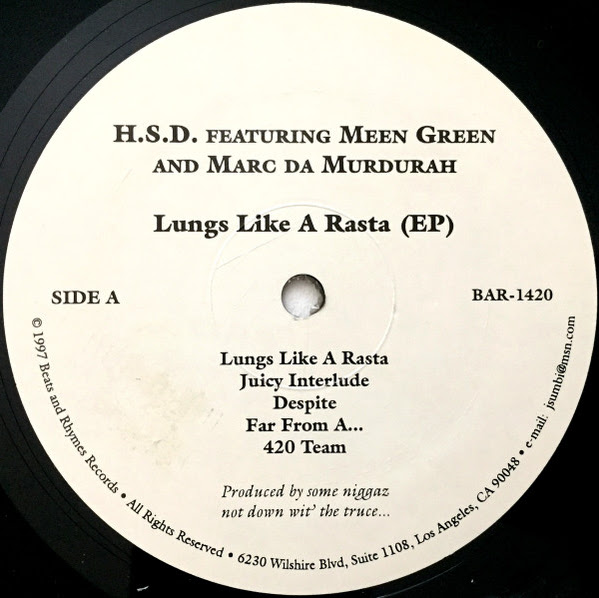 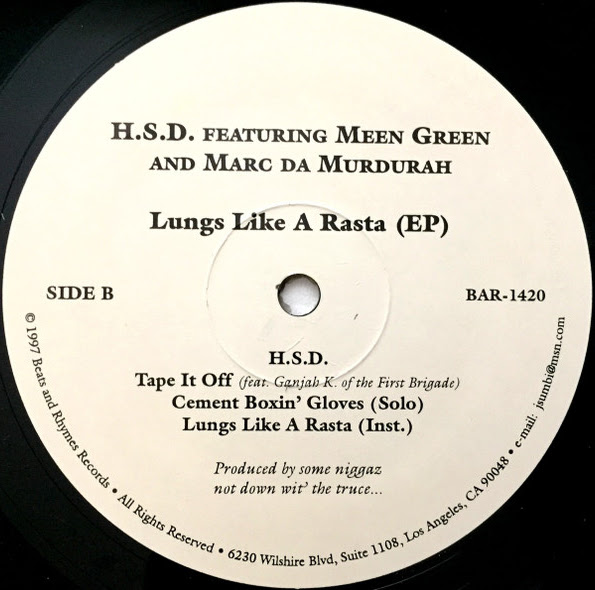