Here`s a DoPe lil` bootleg/ compilation that I came across a while back over at Death Row Tapes, it`s a great collection of B-Sides & Remixes. So go `head check it out & give it a listen... 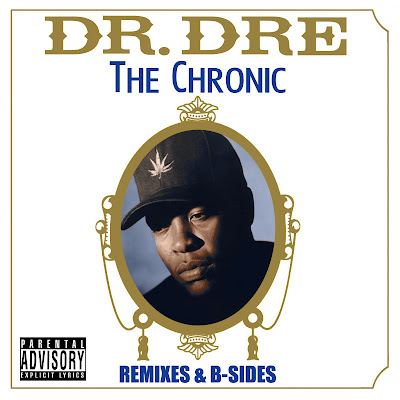 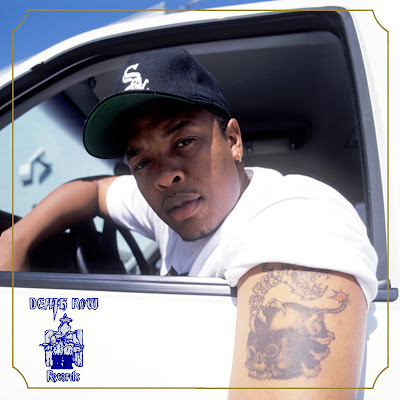 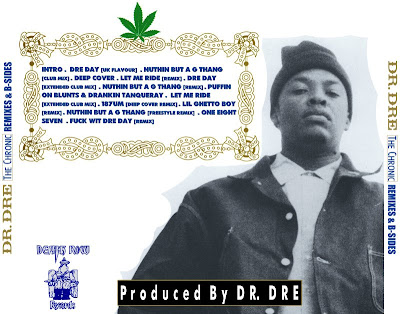 Ever since I first heard M.O.P.`s music I have been a fan, the first joint I heard of theirs was "Stick To Ya` Gunz", produced by DJ Premier which also features Kool G. Rap. I just really DuG the aggressive hardcore style that the Mash Out Posse brought to HiP HoP`s table. Anyways, back in November I was a lil` bored so I put together a lil` mix that I could BuMP in my ride. I decided that I was going to focus on a mix of some M.O.P. collaborations & this is what I came up with so enjoy... 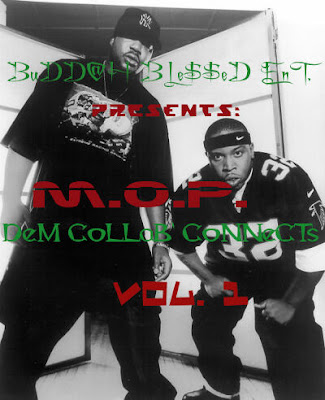 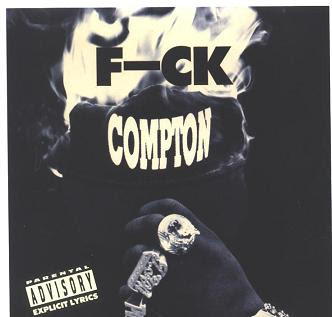 Ah YeS! I`ve got some Tim Dog for y`all, that`s right Mr. FuCK CoMPToN!!! Now for those of you that don`t know of Tim Dog I`ll drop some info` ya. His career started sometime in the mid 1980's when Tony Miller (older brother of Ced-Gee from Ultramagnetic MC`s) introduced him to Scott La Rock of Boogie Down Productions fame. Scott liked what he had seen in Tim Dog so he decided to take him in under his wing & the two of them began working on Tim`s career...

“Scott taught me the value of image & presentation...I learned that being the best is no way nearly important as being your best...”

Said Tim Dog as he reflected on his time spent with Scott. Since Scott La Rock was killed before anything really came to fruitation, Tim was back to square one. That`s when Patrick Miller (Ced-Gee`s younger Brother) stepped up & got Tim involved with Ced-Gee...

“Ced-Gee’s sharp wit & business savy is what prepared me for this business...”

Sometime in 1989 while Tim was working on his demo alongside Ced, he was presented with a great opportunity. Ced-Gee had asked Tim if he wanted to be on a single called "Chorus Line". Seeing it for the chance that it was Tim accepted & "Chorus Line" became Tim Dog`s debut...

During the early 1990's the West Coast scene was holdin` much of HiP HoP`s spotlight, which had a lot to do with N.W.A.`s platinum album "Straight Outta Compton". Many folkS say that this is the beginning of the whole 'Gangsta Rap' era, where katZ started rockin` the all black L.A. Raiders or L.A. Kings gear. Anyway, during this time a few New York rappers/ emcees resented the fact that the West Coast was getting so much shine, one of those New York rappers was Tim Dog. He was PiSS`d off & FRuSTRaTeD by the lack of interest that the record labels were showing to the East Coast artists. So he recorded his first single, the ground~breaking "Fuck Compton". The track was a vicious DiSS, targeting not only the city`s style of dress & musical output, but also some of it`s artists like Eazy-E, Ice Cube, Dr. Dre & MC Ren...


With all the attention that his first single was getting it only made sense to capitalize off of the buzz, so Tim Dog released his debut album "Penicillin On Wax" thru Ruff House Records in 1991. The album contains several DiSSeS aimed at both Compton artists (like N.W.A. & DJ Quik) & some of the more commercially successful artists at the time like Kwame & Kid-N-Play. He followed up his debut album with "Do Or Die" in 1993 & it was also released thru Ruff House Records. The focus of his second album shifted from BeeF`n with the West Coast, Tim was more concentrated on hardcore East Coast Rap... 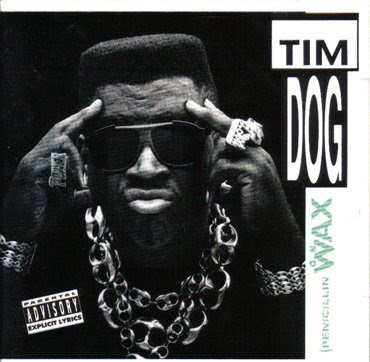 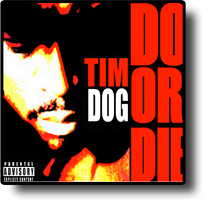 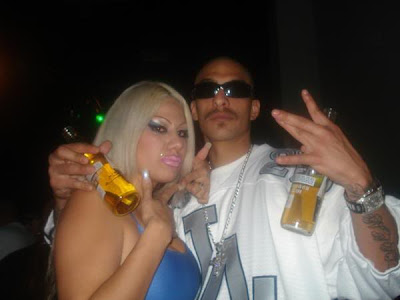 Gotta let it be known that up until my homie No $TaCK$ introduced me to Miss Lady Pinks` music I had never heard it before, had no idea that she even existed. It`s far from a BiG deal, but what I`m basically DiGG`n at is that it`s a DoPe thing when folkS share music! Whether the ish turns out to be the iLLeST shit you`ve ever heard or the weakest doesn`t really matter much....it`s the unity, the togetherness, the discussions & the education that it brings that`s truly GReaT! At least that`s what I think & that`s why I do this BLoG, but that`s another story so let`s get back to Miss Lady Pinks...

She`s known as the queen of Hi-Power Records/ Ent., home to such rappers as Mr. Capone-E, Malow Mac & Mr. Criminal. She`s actually the only female on the label, so it`s not all that hard to see how she`d be given the title.....LoL, she`s repp`N South San Gabriel, California. Her lyrics are mainly on the Gangsta~side of things, nothing of the ground~break`N type but she does rap better than JV (the Latina/ Chicana rapper I posted up before this :). Anyway...other than the fact that she dropped her first album "Forbidden Love" in 2007, that`s all of the info` that I have on her, sorry y`all! Oh well, enjoy the tunes... 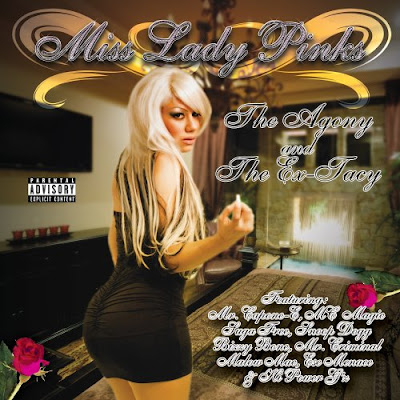 Got a lil` documentary for y`all to check out by Troy Reed, he`s also done “The Larry Davis Story”, “Game Over” & “The Guy Fisher Story” to name a few. Anyway this doc` focuses on Rikers Island -- for those that aren`t from planet Earth, it`s known as New York City`s most notorious correctional facility. Troy exposes the viewers to some brutal inmate slashings, police corruption & everyday Life on 'The Island' during the late 1980's & early `90's...
This doc` includes interviews with former inmates & officers, what ya hear will definitely make ya want to stay up out of prison! Check out Pistol Pete`s interview (he put in somethin` like 17 years there) & Charlie Rock LD`s interview, he did 10 years. In an interview with AllHiPHoP.com (you can read it here) Troy explains how "Scarface 4 Life" came to be; "A former correction officer Lorenzo Steele presented me with these pictures of guys that got cut in Rikers Island & we decided we were going to do something"...
So if you`re interested go head & check it out... 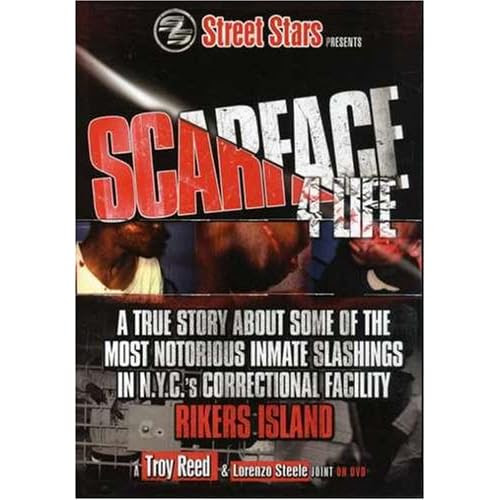 Just one re-up`D joint, but many folkS have been askin` for it -- so enjoy... 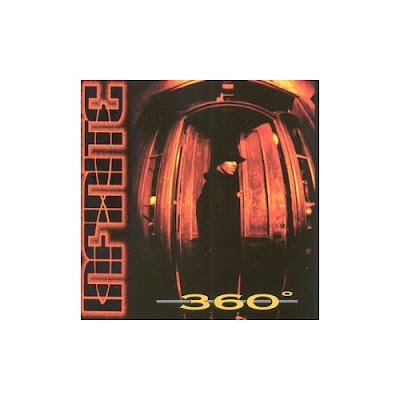