What`s up y`all? Hope all is good with ya, today I have a lil` movie for y`all enjoyment. This Comedy joint is from 2001 & stars Redman & Method Man, that`s right you guessed it....the movie that I`m sharing with y`all today is titled "How High". I seen this flick in the theater with my homie Abe back when it was first released. It`s a decent joint, definitely a movie ya smoke to......LoL, you`ll see a few familiar faces in the cast of this  flick. You have Mike Epps (think Day-Day from "Next Friday"), Lark Voorhies (think Lisa from the "Saved By The Bell" TV show), Essence Atkins (think Tasha from the "Smart Guy" TV series) & even Cypress Hill make a lil` cameo appearance...
Now for those that don`t know what the movie`s about I will give ya a lil` summary without any spoilers. The film`s two main characters Silas P. Silas (played by Method Man) & Jamal King (played by Redman) lose their good friend Ivory in a crazy Weed~related dreadlock fire accident. In a sentimental move they decide to grow some Marijuana in Ivory`s ashes, the outcome`s pretty funny. The spirit of their deceased friend comes back whenever they smoke the Weed that they grew in his ashes. So they end up using this spiritual connection to help get them both into Harvard. Once they arrive both Jamal & Silas flip the Ivy Leaguer`s lives upside down in a way only true Buddah smokers could do. So go on, check out the flick for some laughs you won`t be disappointed... 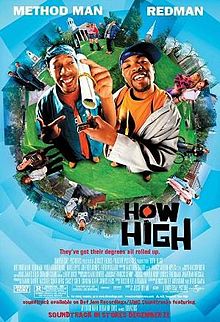 YeS~YeS y`all, back again with some more of that exclusive shit! I am almost certain that this joint hasn`t been posted up on the `net yet, so please allow me to do the honors of sharing it with y`all! What I have for your listening pleasure is Da Grassroots` "Passage Through Time" Album Sampler Tape. It was released in 1999 as promo for their album, mainly record stores, college Hip Hop radio show hosts & DJ`s got these. There were also a few lucky kats like myself that were fortunate enough to get their hands on `em, the Haitian Sensation hooked me up with two copies back in the day so ya know I gotta BiG him uP!!!

Now let`s get to the tape shall we, it`s hosted by The World Famous Almighty Elite Squad. What ya get to hear is 6 snippets of tracks off Da Grassroots "Passage Through Time" album along with an intro, a few interludes & an outro. It`s just over 15 minutes in length & the program repeats on both sides, so Side A is the exact same as B. The Intro is a lil` humorous -- it`s got this one kat talkin` with some friends, they`re about to smoke a joint so the one dude asks the other if he`s got any music with him. The dude replies, "Ummmm....yeah, yeah. Oh actually I`ve only got this one tape, you guys don`t wanna hear it man. It`s no good..." Dude just goes on DiSS`n Da Grassroots talkin` all kinds of ish, it`s kind of funny. All the snippets are DoPe & definitely make ya wanna hear the full album (I`ll be postin` it up later on, don`t you worry). When you DL this joint you get the individual/split tracks as well as the entire tape in one mp3, so enjoy another HeRBaN LyRiX exclusive tape rip... 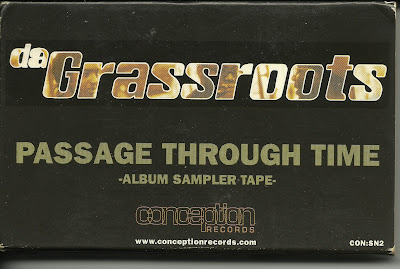 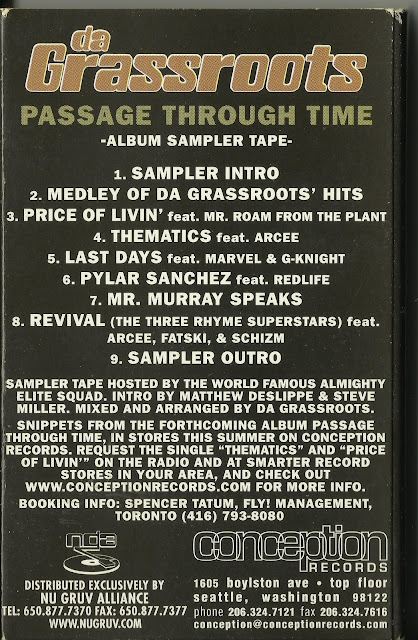 EXCLuSiVe iSH...
This is a song that I heard really only once in my entire Life & it was on one of Ottawa`s Hip Hop radio shows back in the day, Jeep Beats I believe. Renegade was in the studio talkin` about his music & ish then they play his track titled "Gangsta". I was kind of pissed that I wasn`t home to dub the show like I usually did, fortunately for me my cousin had a friend we`ll call GRuBBy RaY & he had dubbed the show that night. Eventually I was able to dub the show from his tape....LoL, ah the good ol` days! So you`ll have to excuse the sound quality.....LoL, since this is a dub of a dub of a college radio show from 1995...