What`s happenin` y`all? Hope all is well with you & your loved ones. Today I`m going to share with y`all an album that was released back in 1996 on Bird Mine Records by the duo 811 & Ph.D. titled "One Shot One Kill". The album was produced by Ernie G & Romeo Rondeau. Aside from the fact that these two kats are reppin` Fort Worth, Texas I don`t know anything else about `em. This is their debut album, but they also connected again in 2006 to record & release their second album titled "Line Of Site". I was fortunate enough to come across this CD in a pawn shop, but it didn`t have an album cover or anything, it was just in a slim jewel case. Kind of wish that it was in it`s original case with the linear notes & all because it`s apparently going for roughly $50-60 online, guess it`s somewhat of a rarity or something...


Anyways I don`t have a whole lot of time to give ya the track by track breakdown of the album, but I`ll give you my thoughts on it. Honestly these kats are not the DoPeST rappers to ever spit into a mic, but they do have their moments. The production on the album ranges from so~so to some thumpers for ya` trunk. Overall the album makes for a decent listen, not a whole lot of originality but it`s not too bad of an album. Standout joints for me are; "I`m Down", "Peepin` Tha Game", "My Demize", "Ain`t Nothin` Changed" & "Buck `Em Down". I don`t know why the album is going for what it is online, but I am sure glad that I only paid $3 for it....LoL, anyway go on & peep it if you`re curious... 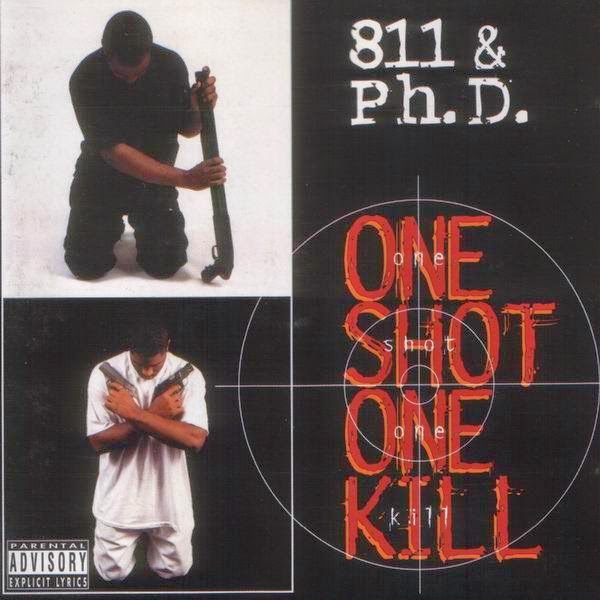 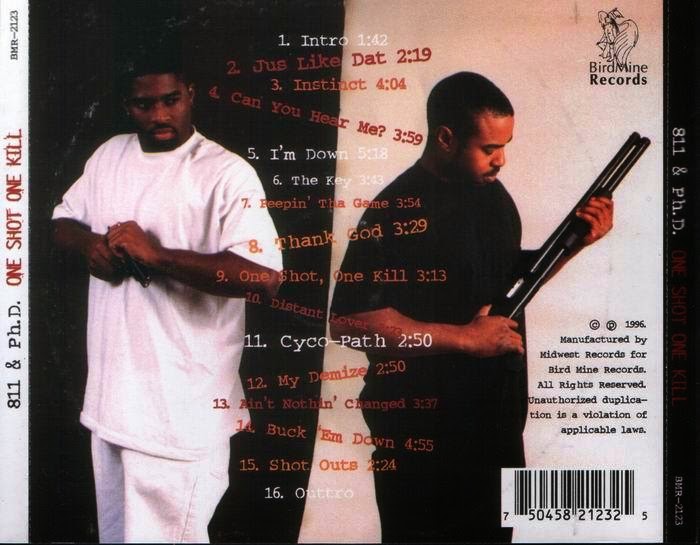 Email ThisBlogThis!Share to TwitterShare to FacebookShare to Pinterest
Labels: 1996, 811 And Ph.D.


Back in 2008 while visiting one of the used Record/ CD stores that I used to frequent before I moved to Charlotte, North Carolina I came up on this lil` jewel (that`s somewhat of a rarity). I`m sure that the Buddah high had a lil` somethin` to do with it, but the first thing I did after I read the moniker that this female emcee rock`D was laugh out loud to the point that most of the store was giving me crazy eye`D stares. I mean c`mon, how could ya not laugh at the name Overweight Pooch? Anyway after my fit of laughter I decided that I was going to buy the album for entertainment purposes, not expecting much but a few laughs. At a mere $5 & some tax how could I pass it up? After all if it was horrible at least I`d have an entertaining jewel case to use to roll my joints up on....LoL

Anyway, when it comes to the Overweight Pooch I do not know very much about this woman. I believe that she`s from Phoenix & "Female Preacher" was her debut album & probably the only one she ever released. She rock`D the mic with a whole lot of confidence & was greatly influenced by Roxanne Shante. Originality wasn`t one of Pooch`s strong~points, but what she lacked in originality she made up for in rhymin` SKiLLZ. She definitely had some potential, but I`m guessin` that "Female Preacher" didn`t do so well commercially & the Overweight Pooch`s career ended up malnourished. Stand out joints for me include "Queen of Rap", "Ace Is A Spade", "Boogie-In" & "Kickin` Da Blues". I made some minor adjustments to the files after I ripped the CD, I found that the volume level for most of the tracks was kind of low so I decided to give it a lil` boost to make ya` listening experience a lil` more enjoyable.....LoL, so go `head & check it out for ya`self & enjoy... 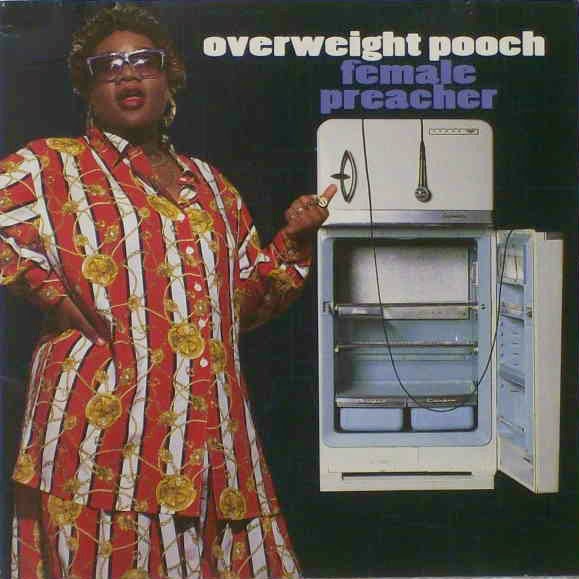 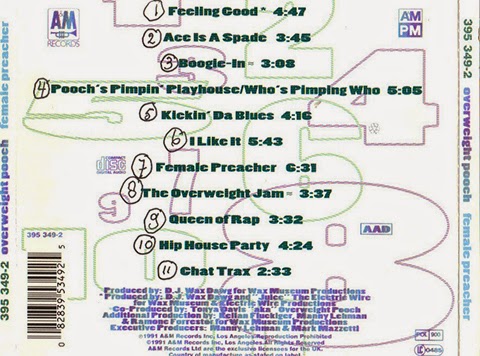 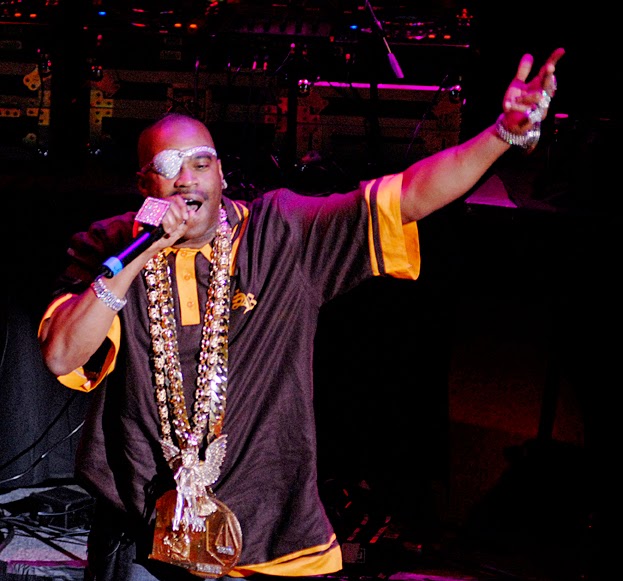 Finally got around to Re~uPP`n this bootleg 12 inch by Slick Rick titled "The Ruler`s Remixes", so for those of you that were asking me to repost it this one`s for you! There`s gon` be a few more Re~uPs comin` so stay tuned for those as well. Anyways this joint was released in 2002 by Archives Inc. & it features 7 tracks in total (there`s 4 songs & 3 Instrumentals). This is definitely one for those that DiG the instrumentals. The only downside that I find with this 12 inch is the fact that "Get Bizzy" featuring Greyson & Jaysun (Greysun is misspelled on the record`s sticker label) is the edited version. Aside from that though it`s a pretty DoPe lil` bootleg, so go `head & give it a listen...

Not the same version that`s on this 12 inch, but still worth checkin`... 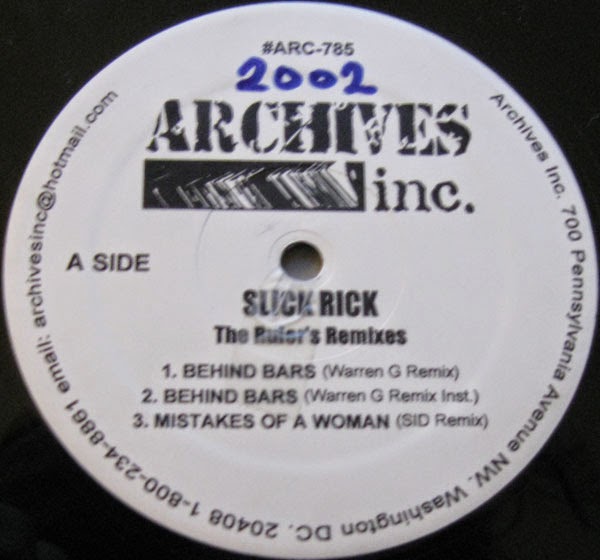 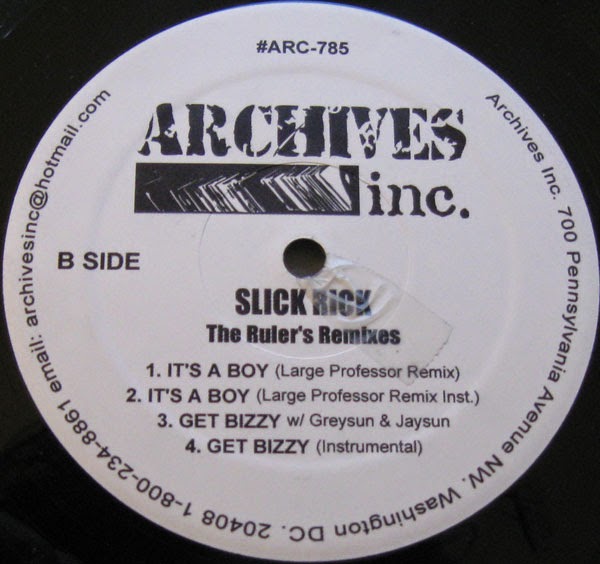 Not the Large Pro Rmx, but still entertaining...