Today I`m dustin` off a promo CD single that was originally released back in 1998 (it`s actually a European release) on Loud Records by Funkmaster Flex. The songs featured on this single are off of Funkmaster Flex`s "The Mix Tape Vol. III (60 Minutes Of Funk): The Final Chapter". There`s 5 tracks in total, the Radio/Clean Version, the LP/Dirty Version, the Instrumental & finally the Acappella for "Wu-Tang C.R.E.A.M. Team Line Up", a song that features Raekwon, the Harlem Hoodz, Inspectah Deck, Method Man & Killa Sin. It`s a pretty nice track that`s produced by DJ Scratch. The last song on this single is kind of a weird addition, well to me anyway since it`s more of an R&B song. I`m not sure who decided to add it to the single after the hardcore joint.....LoL, but for whatever reason it closes things out. "Here We Go" features Khadejia & Product, some folks that were affiliated with Wyclef at the time that`s probably why he makes a lil` appearance at the beginning of the song. The song itself isn`t bad, so go `head & give this single a lil` listen... 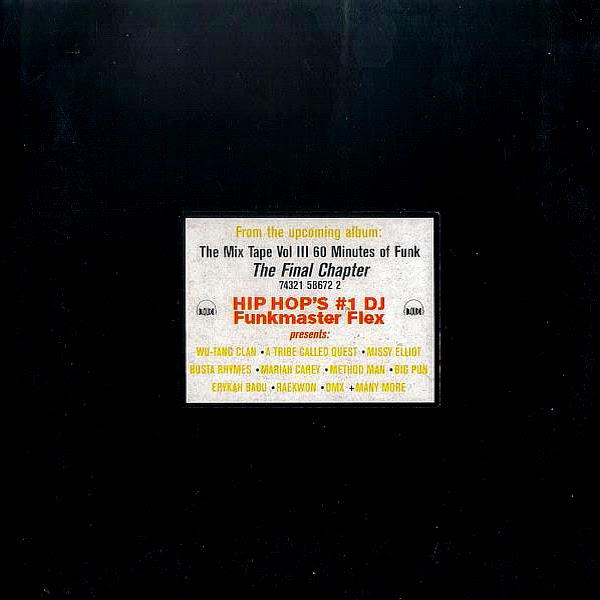 
Before everybody & their mama started doing remix albums producer/ rapper Frankenstein did it back in 1996, even though it`s more of an EP than an actual full~length. The album in question is titled "Live From New York (The Remixx Album)", the cover says 'Remix' but the sticker label on the vinyl says 'Remixx'......LoL, either way it`s all produced by Toronto`s own Frankie Ano a.k.a. Funkmaster Frankenstein b.k.a. Frankenstein. Some of y`all may be a lil` more familiar with his album titled "UV" that was released a year later in 1997, with the tracks "Rain Is Gone", "All Hands" & "UV" to name a few. If not don`t you worry, I`ll be posting up some more of his stuff in the future...

As for "Live From New York" what you get is a total of 8 remixes from Frankenstein, some joints are much better than others. Sure there isn`t anything that`s super spectacular on here, but Frankie does do some decent work. Standout remixes for me are "Masta I.C.", "Danger", "If I Ruled The World" & "Fakin` Jax". Not too sure why this was released as some double~vinyl since it all could have probably fit on one record, but whatever it makes for a decent listen. If you`re lookin` for a lil` twist on some early '90`s joints then you should definitely check this out... 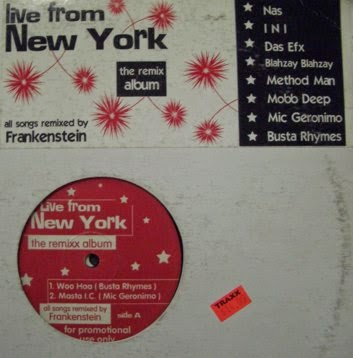 Remember boys & girls "Pimpin` Ani`t Dead!......Peace".....LoL, just buggin` out off the lil` typo that was in the inlay of this album (it`s at the very bottom in the middle white part if ya wanna peep it). I guess Playa G was too busy pimpin` to re~read his shout outs. Anyways as y`all can guess the album that I`m sharing with y`all today is from none other than Memphis, Tennessee`s own Playa G. The album is titled "Pimp Shit" & was released independently thru East Wood Recordings. Apparently this joint was later bootlegged in Japan & released again in 2000. I found a copy of the album in a pawn shop for the low~low price of $3, not sure if it`s the bootleg or original pressing though. I don`t really care all that much about which version it is, but I can see why it was bootlegged since I`ve seen the original pressing going for $250 online. That`s just bugg`D to me, not sure who determines these prices but they are definitely good for a laugh...

As for Playa G, I don`t know anything about this kat aside from his hometown & the fact that this is his debut album. He released a couple more albums in the late 1990`s, but that is all that I have info`~wise on this guy -- so I`ll just talk a lil` about the album itself. Beat~wise this joint most definitely has some trunk rumblers! Your speakers will surely get a workout, they may even do a lil` walkin`.....LoL, anyways I`ll be all the way honest & let ya know now, the only reason that I copped this was because of the nice lil` shorty on the back cover rockin` that G~string palmin` her ass. What else can I say? It was a nice pic.....LoL, but let`s get back to the album now shall we???

Lyrically Playa G isn`t gon` blow ya` mind with his rhymes, still he manages to keep things interesting enough to warrant a listen to the album, but it`s definitely the beats that help carry this project. Subject matter on the album ranges from the obvious pimpin`, murder, chillin` with homies drinkin` & smokin` to Memphis livin`. Standout tracks for me are; "Fuck The Trunk", "Drink A Yak", "Chillen Wit` My Niggaz", "Pimp Shit", "Something To Ride To" & "Livin` In Memphis". If ya feel like rollin` down ya` block in a drop~top Caddy like a boss pimp then this album will surely be a decent soundtrack for the event....LoL, so go `head & save yourself $250 by checkin` it out here... 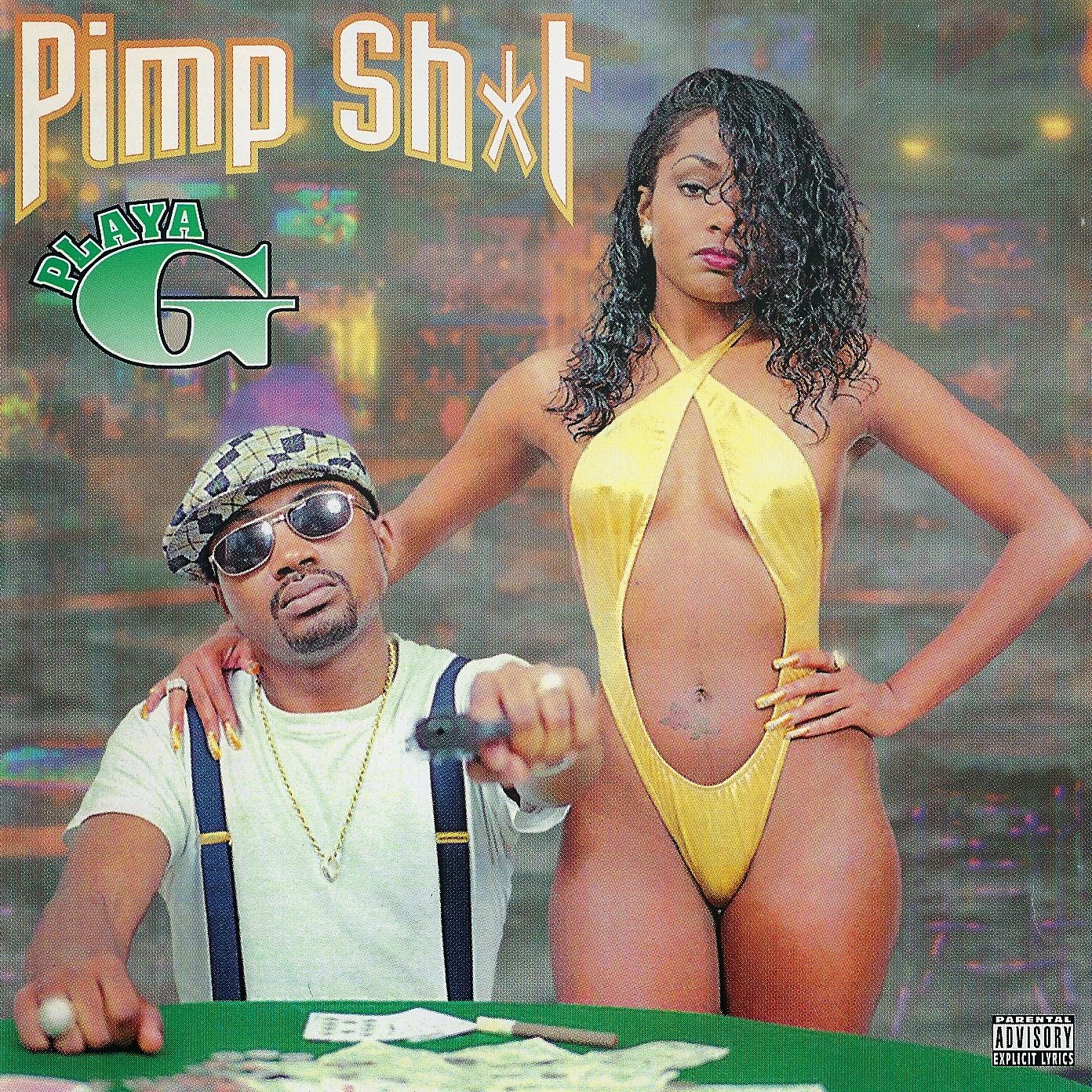 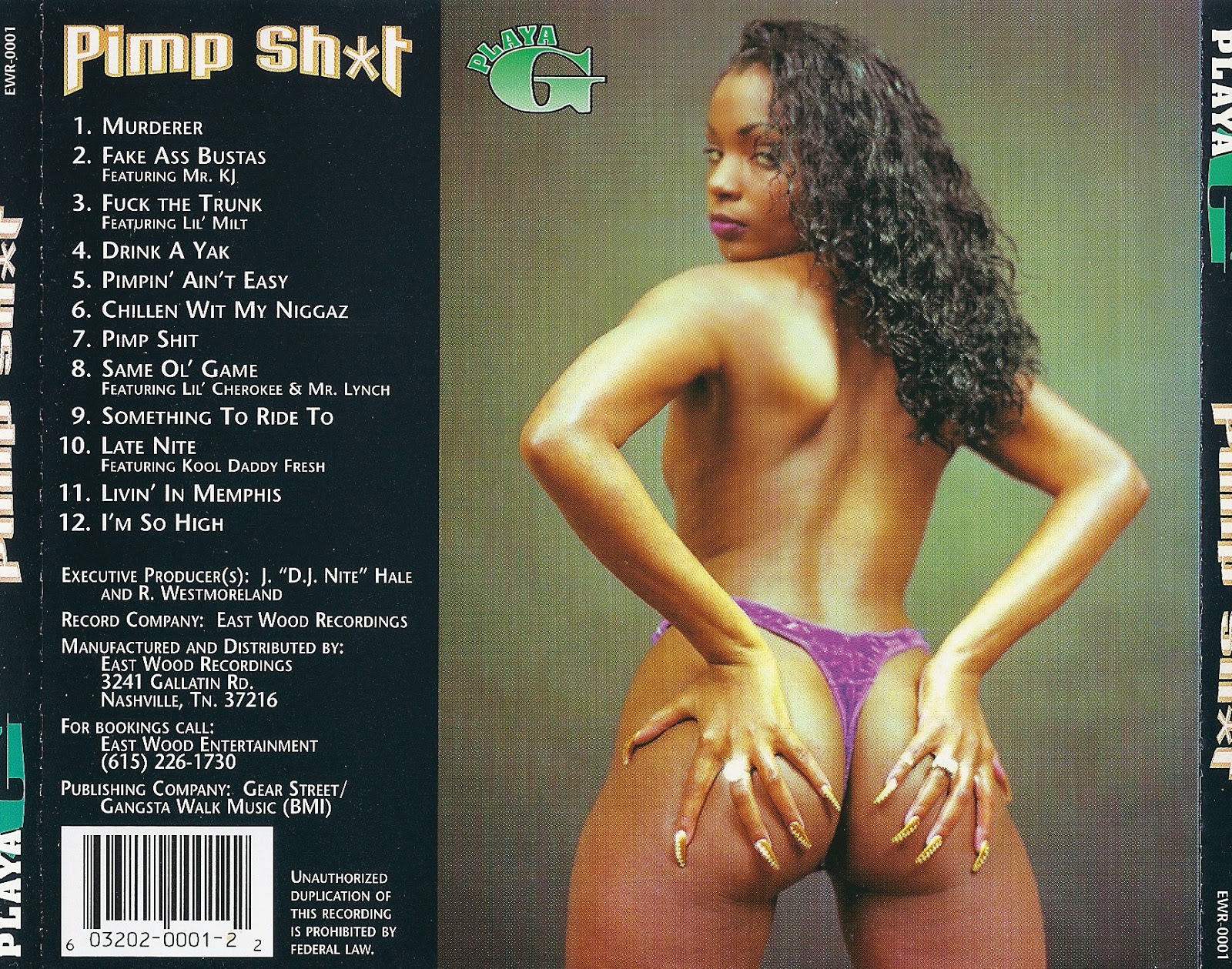