One of the comments left on the original post:

Travis said...
Thanks man, I seem to remember this comp for some reason back in the day. I always liked the old gangsta shit back then. Good lookin' out

Since I`ve been getting a lot of requests for a re~up on this somewhat rare compilation I figured today was the day to finally get around to doing so. I had originally posted this joint back in 2007 when I was just starting out with the blog, hard to believe that it has already been 7 years......WoW! Now that that has been realized let`s get to the lil` review of what is being shared with y`all today shall we? I first stumbled across this joint while lookin` thru one of my many boxes of cassettes trying to find an older mixtape that I had put together back in `99 (....LoL, yes an actual tape that you have to rewind). At first glance I just thought it was some GaNGSTa`D up mix that I had received from a friend a while back, but then I decided to take a closer look at the tracklist on the back. I noticed a couple familiar Spice 1 songs like the CLaSSiC "187 Proof" & "East Bay Gangster". With my curiosity spark`D I popped it in the ol` tape deck & hit play...
First off I definitely gotta say that this joint`s a trip, not only does it contain some early Spice 1 tracks, but it also includes some early The Coup songs, some interludes & skits as well as a song (& also a different version of the same song) that features some artists that I can`t quite identify. Alright now let`s get into it already!.....LoL, the compilation opens up with Spice 1`s "187 Proof", a song that most folks should recognize. Lyric~wise it`s exactly the same as the version that appears on his self titled debut album, but the beat`s slightly different & there`s a bit of an intro before the track starts with Spice takin` a few hits off a joint while a sample of someone saying "A Green Leafy Substance..." kicks in then is followed by an LL Cool J sample of him rappin` "Roll up a phat one & pass it around..." (I believe it`s from "Boomin` System") over & over until the song sparks off. It almost seems like maybe this was just the demo version that he had before he reworked it into the track that`s on his self titled album because it definitely has that demo type of vibe to it. It`s also not the entire song either, it`s cut a lil` short but it`s an interesting listen nonetheless especially if you`re a Spice 1 fan...

"Lights Start Flashing" is somewhat of a funky but trippy instrumental/ dub type of thing. Following that is an early mix of The Coup`s "Foul Play", the song itself later appeared on their debut album "Kill My Landlord" which dropped in 1993 on Wild Pitch. The version on this compilation however is apparently The Coup`s very first recorded appearance, just another reason that you should give this comp` a listen. "One Nation" is a posse cut that kind of reminds me of that "We`re All In The Same Game" joint, it`s got a similar type of message. Exactly who is on the song? I couldn`t tell you, sorry. If you happen to know, please school me!!!

"Oakland California" is just a short lil` interlude that`s under 30 seconds in length, following that is an early mix of Spice 1`s "East Bay Gangster". What`s DoPe about this version is that not only does it have a different beat & hook (it`s scratched Eazy-E samples on this version), but it also has different lyrics as well as a different third verse altogether when compared to the version on his debut album. It also has a short lil` intro where someone asks him if he`s still sellin` that Yayo & then proceeds to ask him where the dope is at...LoL, I think that I may just DiG this version more than the one that has that Reggae vibe to it. Maybe I just like how they used the bassline from the O`Jays` "Give The People What They Want", or maybe it`s the different hook & lyrics. I don`t know, but either way it`s DoPe!!!
"976-Spice" is an interlude that features Spice 1 of course & is quite similar to the 1-800 & 1-900 Spice interludes on his debut album, just a lot shorter in length. The Coup`s "Foul Play [Rmx]" follows, it`s decent but I think that I prefer the original version more. "2 B Reel" is a rare track by Spice 1 seeing as how it`s only available on this compilation & hasn`t been released on any of his other projects. Overall it`s not the greatest Spice 1 song that I have heard, it`s mainly the beat though because it just sounds a lil` too soft for a Spice 1 joint. Maybe they were aiming for some radio play with this one, who knows for sure? The Jazz Appella version of "One Nation" isn`t nearly as enjoyable of a listen compared to the original. I just find that the vocals don`t mesh too well with the beat, while the beat`s not too shabby it just doesn`t work with the rappers` flows...
The "211 At 711" skit is just that, folks robbin` a 711 store. The compilation closes with another rare Spice 1 song titled "Gangster Thang", just like "2 B Reel" this song`s only available on this compilation & hasn`t been released on any of his other projects. "Gangster Thang" has Spice 1 kickin` some of his trademark gangsta tales over a simplistic Ol` School soundin` beat. It`s definitely a song you should listen to, especially if you`re a Spice 1 fan. Now I just want to let it be known so folks don`t get it twisted. I didn`t rip this cassette, I just simply used the mp3`s that are out there already floating around on the web. I did however edit the files, making slight adjustments here & there. Mainly increasing the volume, especially on the interludes because they were pretty low. So there you have it a lil` run~down of this relatively unknown compilation, now check it out for ya`self... 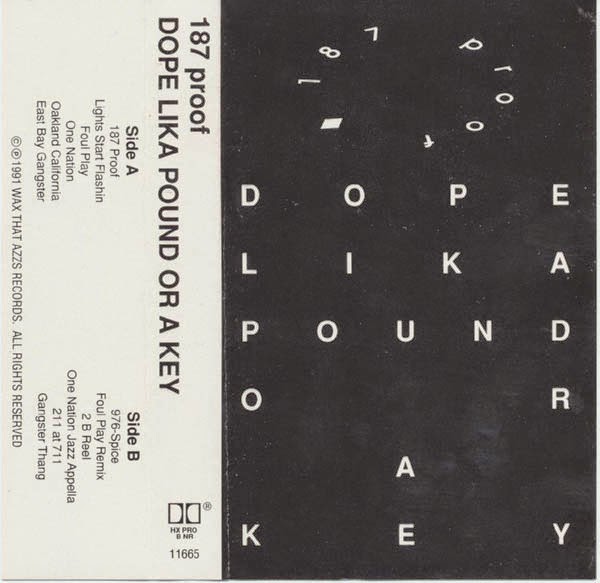 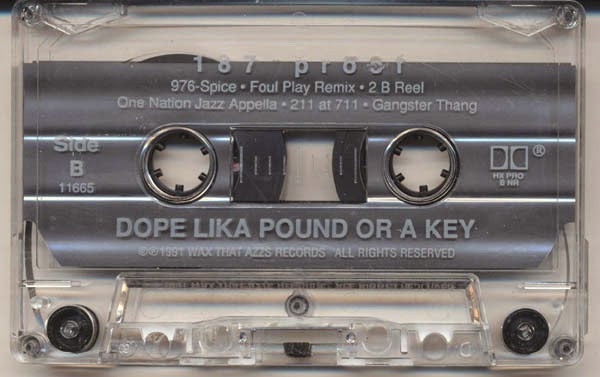