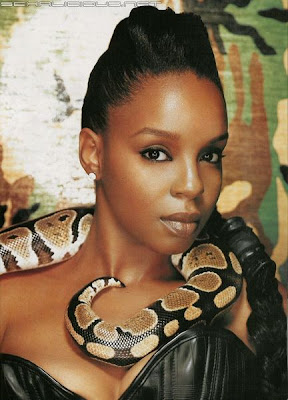 "Talkin` To You", that Black Star joint featuring Pharoahe Monch, A-Butta & Rah Digga was the first time I had heard Digga spit flowS. Gotta say that I was really impressed... 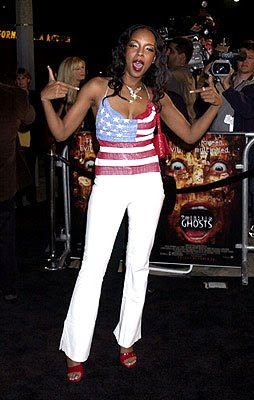 For those that aren`t familiar with Digga (where the fuck have ya been, under a rock?!) I`ll drop a lil` info` for ya. Rah Digga was at one time the only female member of the Flipmode Squad, her style of rapping is hard~hitting & in ya` face. Born in New Jersey, she attended a private school in Maryland & studied electrical engineering at the New Jersey Institute of Technology. She started rapping with Twice The Flavor & was the only woman in Jersey`s Da Outsidaz clique. When A Tribe Called Quest`s Q-Tip discovered her at a performance at New York`s famed Lyricist Lounge, he introduced her to Busta Rhymes who then invited her to join the Flipmode Squad. As a part of that HiP HoP clique she appeared on Rhymes` 1997 album "When Disaster Strikes" & the Flipmode Squad`s "The Imperial" album from 1998. She also appeared on the Fugees` track "Cowboys" & collab`D with Bahamadia on "Be OK" from the "Lyricist Lounge Vol. 1" album. Her full-length solo debut, "Dirty Harriet" arrived in 2000 & featured cameos from Busta Rhymes & the Ruff Ryders` Eve... 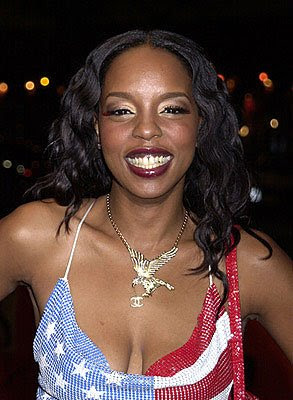 It`s just too bad that she wasn`t used to her full potential while ridin` with Flipmode. She was definitely being slept on, especially with that backing. They could`ve dropped some BiG things, but I guess that`s the way the road rollS for a whole lot of the ladieS rippin` the mic for this BiTCH we call HiP HoP. Oh well Digga...I`m BiGG`n ya up ma, keep doin` ya` thang! For those that haven`t heard Digga`s debut album slap ya`self now then DL it & BuMP that ish up in ya` stereo, your Discman, mp3 Player, ya` iPod or whatever - just listen to it... 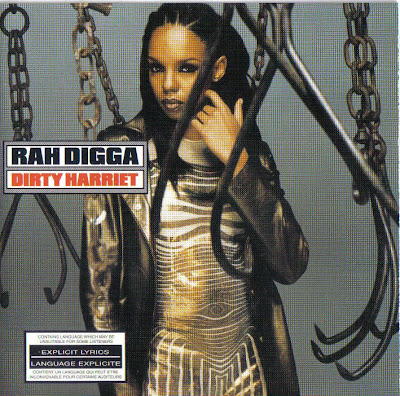 
* Not sure if the end of that line`s right, please feel free to correct me if it`s wrong...

What's up my dude? Thank you for the Rah Digga piece. i will link to it today (as a oost) and I recently received this BWP CD last week by coincidence. I remember I bought the tape and I threw it away after a couple of days. I thought the profanity was horrible and shocking. I could not listen to it. Years later I start talking about it and I actually missed some of those crazy songs. I wanted to see if it would shock me again. I bet no. That was released during a time when Hip Hop started to get more and more bold with the language. Many hip hop songs prior to that had only mild or infrequent profanity. They took it there with this album.

No probS homie glad you enjoyed it...

It is very interesting for me to read the article. Thank author for it. I like such topics and anything connected to them. I definitely want to read more soon.

Thanks for the coment, hope to see ya returnin`!!!

Don't stop posting such themes. I love to read blogs like that. By the way add more pics :)