What`s happenin` y`all? Hope all is well & good with you! Today I have another project from my homie Wyze Intellect to share with y`all. For those of you that have been visiting the blog for a while now you should remember that I have posted up a couple projects that he has been involved with on here. The first post dates back all the way to 2009 (which needs some new links, workin` on re~uPP`n it y`all don`t worry!) & the second post was dropped last year when I shared with y`all SageInfinite`s DoPe "Great Minds Think Alike", so y`all should be somewhat familiar with his work. Anyways this mixtape is more of a compilation of some of Wyze Intellect`s best efforts dating back to 2007. There`s a good variety of artists on this joint though some have a few more songs on here than others. Overall you get a nice well rounded project, the beats themselves are solid straight up! Some of the songs may not be everyone`s cup of tea or Rum & Coke if that`s what you prefer to drink.....LoL, but honestly there isn`t one completely wack tune out of the bunch. Sure there`s a couple R&B flavored joints & even some Christian or God/ Jesus themed songs, but even those tracks are far from weak...


The project opens up with Othello`s "Awake Bounce", a nice way to start things off. Othello`s flows mesh perfectly with the funky DoPe beat & the funny voiced intro & hook breaks just make this track that much more entertaining. New Jersey`s P Genz follows the opening track with "Grandslam", it has a nice `90's vibe to it & Genz brings the lyrics to match it. A Definite head nod inducing beat for sure! Headin` back up to Canada for the next track, Toronto & Halifax representers Muneshine & Ghettosocks collab` on "Nice Guys Finish Last" & they let y`all know exactly why that is over the track`s mellow`D out beat. "Chicago`s finest", Kastaway reppin` the Westside streets of North Lawndale & Garfield Park comes thru with "Rest". It`s another song backed by a smooth & mellow beat while Kastaway kicks rhymes about his Life`s journey & the struggles that he`s had to deal with all the while just trying to get some rest...


Toronto`s Mr. Erbie a.k.a. Young U connects with the Infamous Mobb`s Ty Nitty for "I Used To". On this T.Dot to QB collabo` both emcees spit reminiscing flows about their Lives over a slightly simple but head bobbin` beat. The self introductory "It`s Theo! [Rmx]" by Toronto`s Theology3 a.k.a. Theo3 is pure Boom Bap gold to your ears! dCypha & Nya Thryce follow things up with their collabo` payin` homage to the culture & art~form that they both love on "Hip Hop", got to love the saxophone work on the beat (I believe it`s a sax` anyway :)! Toronto`s Nigel Woodz & Neva Hurd connect on the Gospel R&B vibed "Answer The Door", Woodz handles the singin` while Neva Hurd spits the raps. This joint may not be for everyone, but you can`t deny that it`s message is on the positive tip, no question. Alphabetic & Guck collab` for "All Day", I believe that these kats rep` Kamloops, BC (if I`m wrong please school me!). This joint for me just doesn`t hold my attention, the beat`s decent but it`s mainly the emcees` flows that I wasn`t really DiGG`n much. They just didn`t seem too enthusiastic with their rhymes on this one. Don`t judge by this track alone though because I`ve heard some other joints on Guck`s soundcloud that are pretty entertaining...


New Jersey emcee SageInfinite does his thing on "The Puzzle", droppin` them deep thought sparkin` lyrics. Lettin` the listeners know that Life is a puzzle & getting the pieces to fit is a struggle, that`s why Life isn`t a walk in the park. Continuing with the Jersey vibe P Genz delivers his second track on this compilation titled "Metropolis Nights", it`s got a nice laid~back vibe to it. Freeport, New York`s P-Hill drops the love laced track "For You", a joint that has the emcee professing his love over a syrupy~mellow beat. Back to Toronto for Neva Hurd`s second appearance on this compilation with the storytelling joint "Baby Momz". Over a cinematic type backdrop Hurd kicks the tale of a baby mother & her struggles. Following the storytelling SageInfinite contributes his second joint on the compilation titled "Heat!" The beat`s got a nostalgic 8-bit NES vibe to it while Sage` spits lyrical flames...


"Let`s Ride" is P Genz`s third outing, this time around he switches things up & decides to holla at the ladies with this one, it`s got a lil` R&B flavor to it. Dublin, Ireland gets represented on this compilation as well with Terawrizt & Rawsoul`s "So Cold". It`s a nice track stocked with a beat that compliments both katz` flows as they kick lyrics about this cold~cold world that we`re livin` in. "Brave In The Heart" is another Irish contribution by Nugget & Terawriz, it`s got a similar vibe to the previous track. A decent outing, though I prefer "So Cold" a lil` more. After those 2 songs we head back to New Jersey for Chris Morale`s "Untouchable". It`s a short lil` track clockin` in at just under 2 minutes which is fine with me because Chris` flow on here is a lil` uninspired, the beat`s nice with it`s dark vibes though. Delivering his third & fourth contributions for the compilation SageInfinite gives us both the original version as well as the remix for "What`s Ya` Life Worth?" Both joints are bangin` in my opinion so it`s hard to choose which version I like best. Beat~wise I just can`t call it `cuz I`m DiGG`n `em equally, lyrically Sage` spits some thought sparkin` ish regarding one`s self worth...


P Genz gives us his fourth & final contribution with the James Brown vibed "Jam Session (Get Down)", would definitely love to get a hold of the instrumental for this track (as well as the closing track :). "Family" is a posse cut type of joint featuring the likes of Othello, Jyoung, P.H.I.L.T.H.Y, Poems, Venson, Omega & Red Pill. I`m not sure where exactly these kats are from, but they do deliver some good flows over it`s jazzy~vibed beat. Things close out with the R&B vibes of New York`s Mista Perez`s "Meditation". The beat`s great, I really like the sax`D out rhythms! So there ya have it y`all much like Wyze Intellect`s first installment in this Meditation series you get songs from not only Canada & the US, but Ireland as well. Beat~wise this compilation is pretty DaMn solid, song~wise it`s a decent outing. Not every song is great, but overall it`s a solid effort. Wyze Intellect definitely shows that he`s a versatile producer that can tackle a wide variety of styles which makes for a nice listen. So go `head & check it out, if ya DiG what you`ve heard & you want to support some DoPe music feel free to visit his BandCamp page & cop the project there... 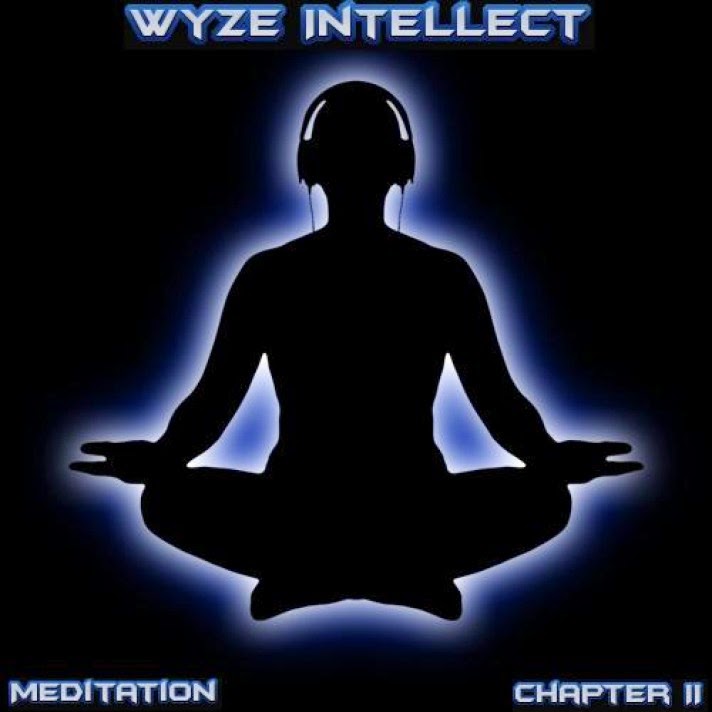